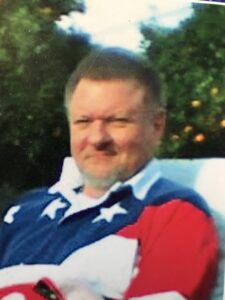 High there everybody, my name is Don Sutton

Who am I and how did I get here?

From a young age, I wondered about my origins, and found it strange that very few people I met did the same. It seemed to me that I suddenly arrived in a strange place from somewhere far far away. That place was filled with light and inhabited by magical light people. I wanted to return there and give people a soul map so they could visit me.

I was born the son of a postal worker, and pursued a normal life while continuing to wonder about and investigate my soul origins. I excelled in academics and sports, and went on to an Ivy League college on a sports scholarship. I showed real promise in track, with aspirations of making the Pan-American team, when I snapped both of my hamstring muscles in my sophomore year. That incident took away my athletic ambitions, and with little interest in academics and no sense of direction, I quit school and entered the United States Air Force as an Aviation Cadet training to be a pilot. During a routine physical, it turned out that at the time i was virtually color blind. If yo are color blind you cannot be a pilot. I finished my two year obligated service and began a lengthy period of drifting as a civilian.

By sheer accident, I picked up a matchbook cover from the gutter waiting for a bus that said “You can make a lot of money in the new and exciting career  of computers as a computer programmer. It was from AT&T, and through testing they determined I had high aptitude for such work and hired me. Thus began a 30 plus career in Corporate America in the field of Software Engineering. During those materially comfortable years I developed an affinity for drugs and alcohol.

My addictions would go on to provide an opportunity for urgently continuing my spiritual journey, which I saw as the only real cure for my addictions. I went into rehab in 1992, and have been sober for 27 years. My spiritual path led me to what turned out to be the “right road” when I joined the Self Realization Fellowship in 1995 as a Kriyaban. Eventually through a friend in SRF I met my current living Guru, Yogiraj Satgurunath Siddhanath. Shiva instantiated himself as Mahavatar Babaji, who initiated Gurunath into the ancient practice of Kriya Yoga, and Gurunath initiated me. Homeward bound. In 2019 Babaji put me into an eight week “deep dive” during which he worked on my Karma. At the end his final instruction was “study coaching”.

It was about the same time that Babaji gave me my mission on earth that a friend told me about Be True To Yourself (BTTY) and their training program in Transformational Psycho-Spiritual Addiction recovery Coaching. Lo and behold, a new class was just starting! So with that training and a lifetime of experience in human behavior i began my new career, fulfilling my early childhood desire to find my was back home and help others do the same.

Ongoing Student of “A Courses In Miracles”